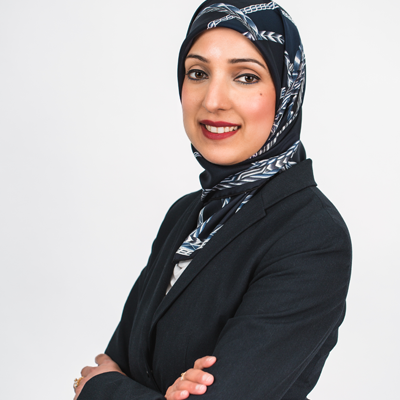 Dr. Uzma Syed is a first generation American, born to parents who immigrated from India in pursuit of world class higher education for their children. Their lifelong goal was to raise their daughters to be highly educated & independent. In order to pursue their lifelong goal her parents moved across various countries leaving everything behind till they reached America, the land of opportunity, the place of a million dreams.

Growing up on Long Island, Uzma enjoyed the suburban life while her parents both worked full time. After graduating high school Uzma was accepted to a 7 year accelerated combined medical program. She spent her undergraduate years in upstate NY followed by medical school in Maine. All the while drawn back again & again to her hometown of Syosset.

After graduating medical school she matched for residency in Internal Medicine at Winthrop University Hospital & then completed her fellowship in Infectious Diseases there. Once her post graduate training was complete she joined private practice at South Shore Infectious Diseases & Travel Medicine Consultants. Currently she is a full-time practicing physician-partner business owner who oversees 2 offices, has clinical responsibilities at 3 major hospitals as well as one nursing home. She also sits on the antimicrobial stewardship committee & continues to teach medical students & residents.

Dr. Syed was invited to participate in the Harvard business roundtable with UN ambassadors during UNGA 2018 to discuss strategy to provide mobile healthcare to the under served world.

After tremendous outpouring of interest from surrounding communities, Uzma led forums to guide people on how to approve Eid holiday in their respective districts. As a founding member of the Eid holiday LI coalition she has helped over a dozen other school districts in Long Island obtain these holidays.

Uzma remained active in the community locally in Syosset & throughout LI & the boroughs. She participates in countless community service activities such as soup kitchens, toy drives, and holiday meals. She is an active member of the PTA and the Interfaith Council & has helped build bridges for teens of all faiths. She helped organize the first ever Interfaith Teen Iftar and Sukkot event. She has held fundraisers for refugee resettlement in Canada & intimately involved locally for Mercy first who are currently housing the displaced immigrant children. She is an active member of Nassau County Police Commissioner’s Community council where she advocates for school and community safety.

She campaigned for a trustee position for The Syosset School Board of Education & conceded by a mere 5 votes. She has successfully engaged all age groups from the South Asian American & Muslim American community.

Though her strong desire to serve the community as a school board trustee did not materialize, Uzma’s strong ambition of providing excellence did not falter. With the ultimate goal of helping the youth, Uzma established a non-profit organization called Align US Inc., which focuses on career development for high school students. She recognized the challenges in the educational system, one which puts high demand on students to determine career goals without equipping them with proper tools necessary to make appropriate decisions. She developed a mentorship program with a robust curriculum to assist students with proper guidance so that they can be better prepared for college and the real world.

With programs like these Uzma hopes to continue to groom the next generation of youth in our communities.

Most recently Dr Syed was recognized by the Nassau county legislature as a female trailblazer in the millennium as well as a distinguished south Asian womans empowerment award presented by the previous Miss Universe, Bollywood actress and womans advocate Sushmita Sen.