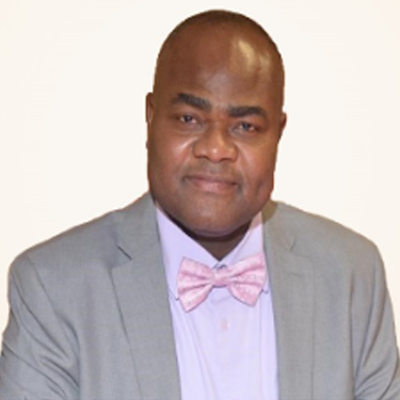 Mr. Daniel Botchway is a Program Manager providing oversight, day-to-day management and strategic planning for the JFK International Airport Redevelopment Program. This is a historic $18 billion plan to transform the gateway to America and one of most active airports in the world into a modern 21st century airport. It is an initiative that will deliver a unified and interconnected airport system with world-class passenger amenities, centralized ground transportation options and
vastly improved roadways that collectively will increase the airport&#39;s capacity by 15 million passengers a year by 2025 and enable it to compete with renowned airports around the world.

Mr. Botchway is a seasoned engineer with over 26 years and a combined $38 billion of extensive private and public sector experience in all aspects of Engineering, Procurement, Construction, Program Management, Asset Management, Operations and Maintenance. He is a licensed New York State Professional Engineer and a certified Project Management Professional. Mr. Botchway has held responsible positions at the New York City Transit, Long Island Railroad and Port Authority, respectively, with an established record of demonstrated accomplishments on project
management and delivery. He has provided supervision, guidance and leadership to teams of professionals in the conception, planning, implementation, management and delivery of Capital and Operating projects involving megaprojects – the Rebuilding of the World Trade Center Complex, Construction of Brooklyn Nets Barclays Sports Arena, Rehabilitation of Amityville- Copiague-Lindenhurst railway tracks, Rehabilitation of Jamaica Station/JFK Airport AirTrain, Rehabilitation of Port Authority Bus Terminal, Rehabilitation of Lincoln and Holland Tunnels.

Mr. Botchway is a Ghanaian-American born in Accra, Ghana. As a kid, his primary school allowed him to skip 2nd grade, when his 1 st grade teacher recommended and advocated for it. He completed High School at Accra Academy in 1985, where he was awarded Grade 1 (with distinction), the highest grade possible. He also completed Senior High School (Sixth Form) at the Presbyterian Boys Secondary School (Presec) – Legon in Accra in 1987. He obtained his Bachelor of Engineering degree from the City College of the City University of New York and a Master of Business Administration degree from Dowling College in Oakdale, New York. Mr. Botchway is a
professor and a member of the faculty at Fairleigh Dickinson University School of Public and Global Affairs in Teaneck, New Jersey. He is proficient in Russian, having lived and studied for over three years in the former Soviet Union/Russia at the Tashkent Roads and Highways Institute.

Mr. Botchway believes in giving back to his community and the world at large. He is the executive secretary of the Gadangme Council of New York and the former president of Abladei, both non-profit voluntary organizations that generally educate, inspire the youth and assist the poor and needy. He lives in Queens, New York, with his lovely wife, Mabel, and children, William, Andrew, and Benjamin.